Michele Gaggia has been playing keyboard instruments since the age of 5, got a Diploma in Organ and Composition at the "J. Tomadini" Conservatory of Music in Udine in 1988 and a Diploma (with hons.) in Harpsichord at the University Mozarteum Salzburg in 1995 (with Prof. Kenneth Gilbert). He has followed harpsichord and organ masterclasses with Ton Koopman, Kenneth Gilbert, Harald Vogel, Françoise Gerard, and others.

He has performed solo recitals and chamber music concerts in Italy, Germany, Austria and Holland; he collaborated with chamber music ensembles such as the Camerata Academica (Salzburg), the Salzburger Kammerphilharmonie, and others.

He has co-arranged and composed for several productions in a wide range of musical styles, including classical, jazz, pop-rock, techno, trance and avant-garde. Please listen to the tracks featured in the Media page. For more information please visit the Clients & Credits pages. 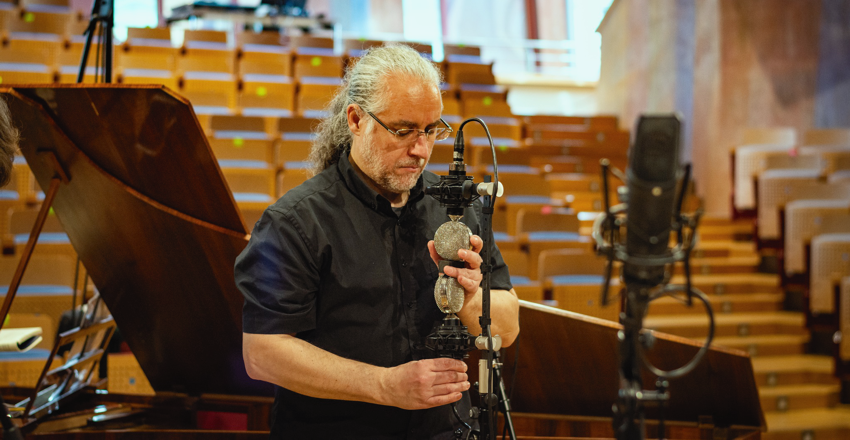 Michele "Xenomorph" Gaggia has been active as a music producer and sound engineer in a wide range of musical styles (including classical, jazz, contemporary, pop, rock, dance, folk, ethnic, etc.) since 1992.

His music production company Digital Natural Sound was founded in 1997. His recordings have been often praised by the international music press for the excellent sound quality (see Awards and Reviews).

Michele Gaggia has several years of experience in acoustic consulting services. Among the projects he has been involved with are the design and realization of the Mozarteum Medialab (2001), the specifications of the new Mozarteum recording and mixing studios (2006), the development of the new recording and mixing studio of the FH Salzbug in collaboration with WSDG (2005-2006), the planning and design of KK Studios (Salzburg), the complete acoustic planning, design and development the new AIKON Media & Technology studios in Grödig (Salzburg) in 2011-2012, and the complete acoustic planning, design and development of the new Digital Natural Sound Studios studios, to be built 2012-2014.

Main building of the Salzburg University of Applied Sciences in Puch, Urstein (AT)

Michele Gaggia has been active as a professional graphic and web designer since 2000, when he estabilished XenoStyle, a company specialized in the web presentation of artists, in particular musicians. XenoStyle also created websites for several instruction institutions, including LIA - Lab Inter Arts, Intermediale Künstlerische Bildung, Mozarteum Medialab, etc. He has also designed the cover, inlay and label artwork for several CD productions.

Please visit the Artwork & Design page for more information and examples of his work.